Check Darktoz.com if you want to read some more information!

It is an adult fetish game for those of age 18+ and features some pretty extreme content! If you are not comfortable with that kind of content and if you’re not in a healthy and sane state of mind, then do not play the game.

is possible to buy full version this game????

What key do I press to hide the dialogue box?
H, Spacebar, Right Mouse don'et work(((

there is no hiding

How do I get the non demop

It doesn't work, when I start the game the application runs but it's just a black screen no audio, I thought it could be a problem with the resolution of my screen but then i increased it and still doesn't work(I played on the same computer other of your games like captured by dark elves and they work fine)

this game unfortunetly only works on 64bit systems (unlike captured by dark elves or the asylum who run on both 64 and 32bit).

Congratulation!! i love this game! please continue and we will support you!! if it willbe available to android version would be perfect!

I'm not sure whether it can be ported to android or not, we will see in the future

I would like to support you at once, not paying monthly... is this possible on patreon ?

The idea is to support me so that I can work on the game constantly and put out content. But yes, you can pay only once and get the content on patreon.

I loved the game but is it possible to get a slave contract in the demo version or possible to not end the storyline at the police officer being caught looking at mantis.

not possible. the game got rebooted, but the new version is patreon only at the moment

Hey darktoz, will you consider making an android versions of the completed games and the new ones too?

I'm not sure...femdom city is a big project and I like to do it for android as well, but it is not easy to port. we will see

Keep up ur good work buddy <3

Sorry for my english.

Patreon is a platform that allows supporters to finance their favourite creators so that they can continue to do what they do. In my case, that is these kind of games. People support me so that I can make more of this stuff.

If you just want to get new content and have no interest in the progress of the games, give feedback or want to support in the long run so that I can keep making these kind of games, I suggest you better just wait for the public releases. Usually my games become available 1 month after the patreon release.

can i get you amazon or i tunes card  for the the full version ...MANTIS cause i do not have visa to pay patreon . i relay liked and submet to these game):

i
Reply
darktoz1 year ago

Patreon works with Paypal or new payment processors like Stripe as well.

Other support than Patreon is not possible, sorry

I'm not french, although I had it in school...it's good enough to understand but not well enough to answer, so please forgive me but I will answer in english.

Penis amputation will not happen in the game. I know that one should say "never say never", but I can't see it happening unless it's some sort of bad ending and even then it would not be my style. I like the less dramatic version, a chastity cage.

And thanks for sending me these pictures, but I'm already familiar with neocorona's work ;)

Woops, okay, i thought you were french since i saw some words like "mdr" on the walls of some of your games

Yeah i understand. But it doesn't have to happen to the hero. Maybe he will only heard about it by a mistress that it happend to one other slave, to scare a him a little :P

Anyway, i'm sure whatever you do will be great, i look forward the full release of this game !

Btw, do you know more artists like neocorona ? i only know him and Salamando Flames(but it's not artwork, only captions). I'm looking for more of this genre. Maybe you can help me

There are a lot of interesting artists, right out of my head I would say: Sardax, Nanshakh, Nobodyinparticular, Kamitora, Augustine95. There are a lot more talented artists, I would just look on sites like deviantart.com, hentai-foundry or other picture sites where artists show their work.

Hi again played n liked this one too . Where is the full version of this game ?

I finished the demo last night, and all I can think is how amazin' it was for a NSFW game. This actually gave me a lot of enjoyment, and was worth the time I spent on it. This is really the only time, I've EVER considered becomin' a Patreon for. I look forward to further development on this title.

First, thank you so much for your great content. It so great. I mean it.

I got a question. Will there be a bit more heavy play in your games at some point? Like toilet-slavery?

I hope it's not too bold of a question :)

yes, it is planned, among other things...but it comes down to wether the supporters want to see it and vote for it to come next or not. So I can't say if it is definitely coming or when it's coming. It all depends on what is voted next ;)

Thanks for your reply, I appreciate it.

One needs to be a Patreaon to be able to vote, right?

It's an actually amazing demo. The amount of content that I'm looking forward to see is unbearable. I hope this doesn't end up abandoned like 99% of lewd games.

I'm careful with promises. It all comes down to how much support it is getting in the end.

But it's looking good and I think I've proven to update my games quite regular over the past year bearing in mind that I'm doing these games alone ;)

I can not unzip the downloaded archive (((

What does it say?

Be sure to have the newest version of WinRar, 123zip or whatever else you are using! It's important (and mentioned in the installation notes) because it uses a newer method that old versions cannot handle!

Thank you so much. It helped. Will there be a continuation?) 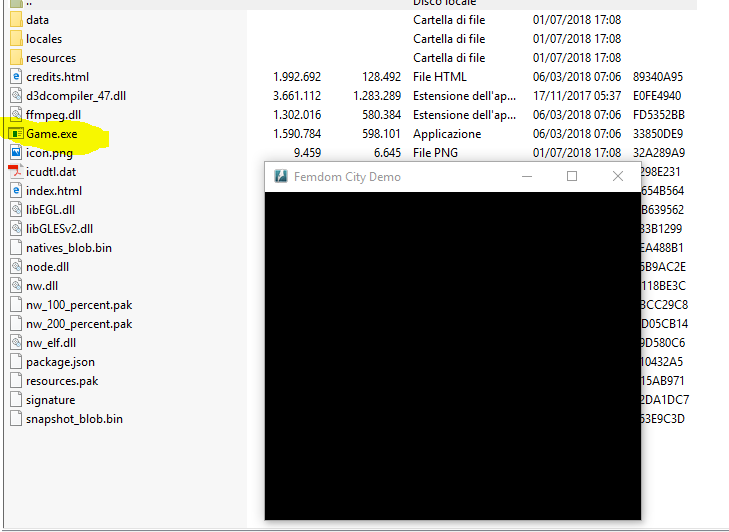 Have you actually unzipped the file in a folder or are you trying to start it inside an archiver? 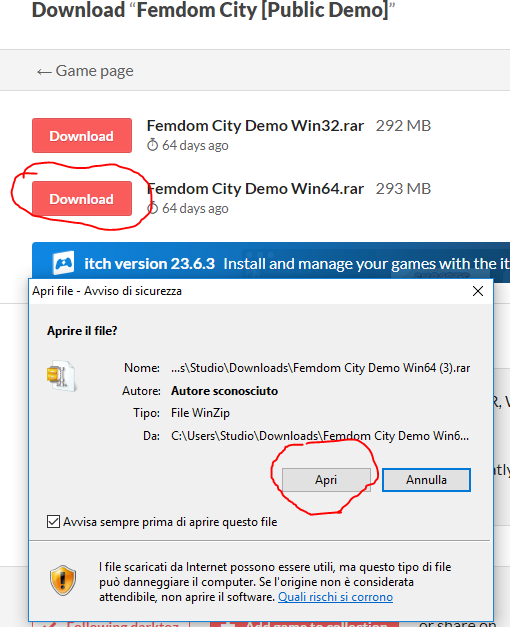 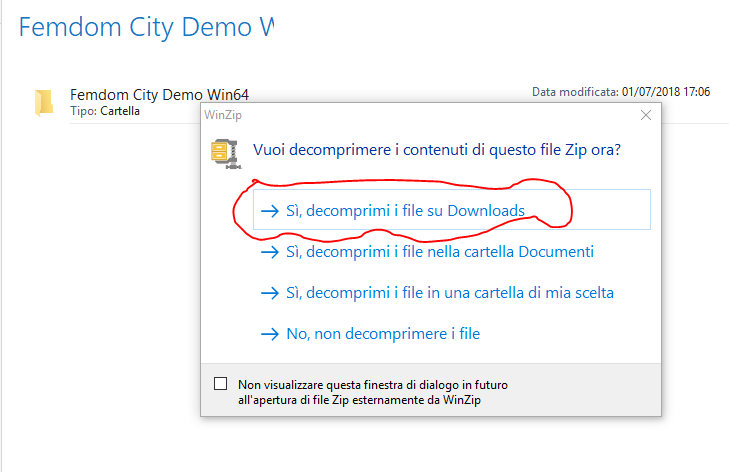 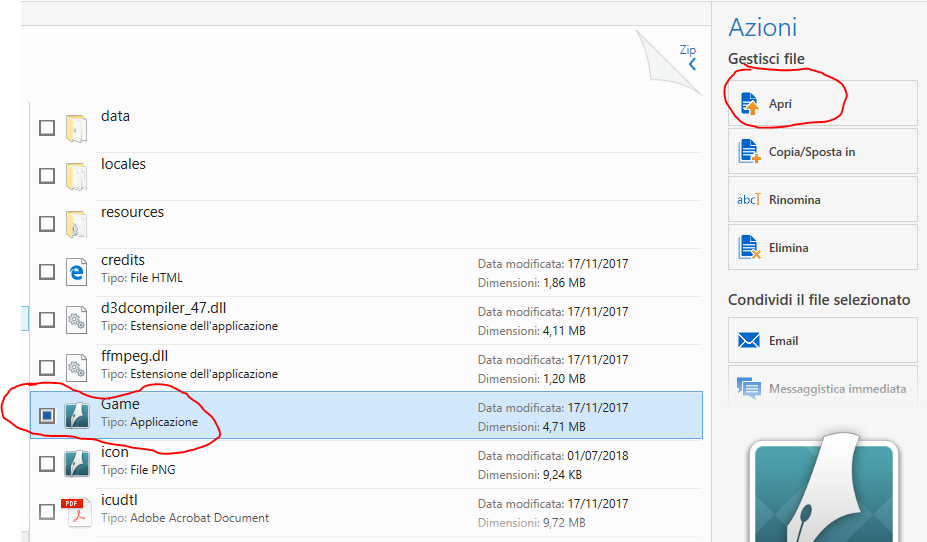 This is the result 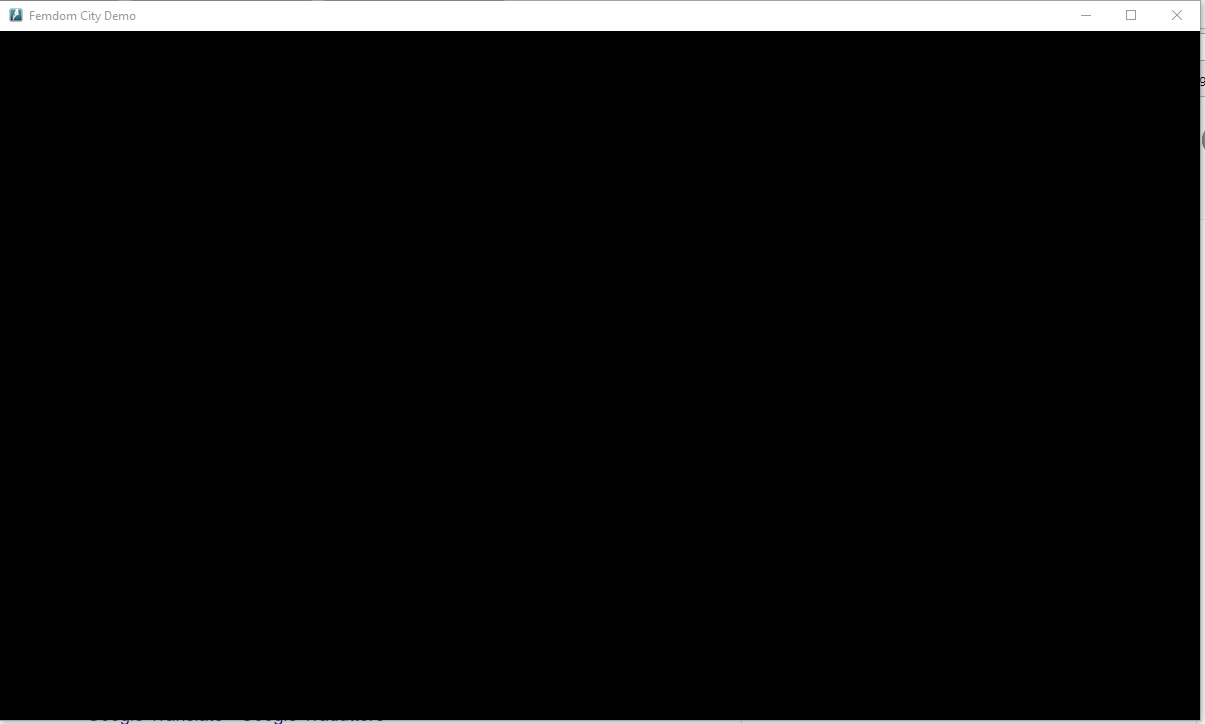 You need to unzip it first...

I'm confused, aren't all of those images showing they unzipped it?

Well I'm not underage! However I tried on a different browser and it cleared up the issues right there. Thank you for the suggestion!

Nice job ... when will the real version?

thank you. It will be an ongoing project with constant updates. Patreon Supporters get to decide what should be included next :)

But you have to be a patreon supporter in order to learn about the updates right? Tbh with all the stuff about patreon It's a bit weird how you don't just make everything paid to play and only people from patreon even get to know what you do.

My patreons support me so that they get more of my stuff, I'm doing this all alone, and without the support of my patrons I wouldn't be able to work on it like that.

I don't even get into your freemium games comparison, what a pile of bullshit... 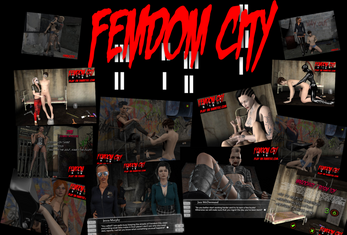 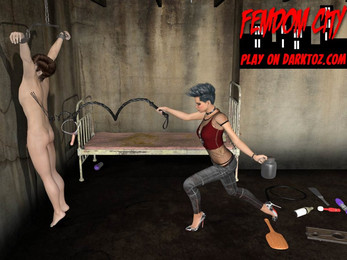 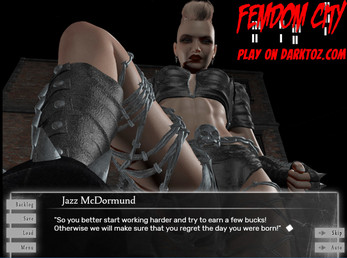 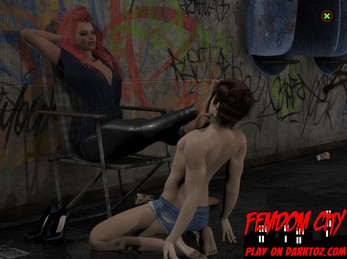 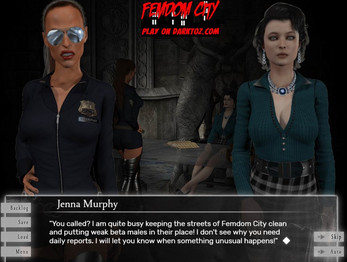 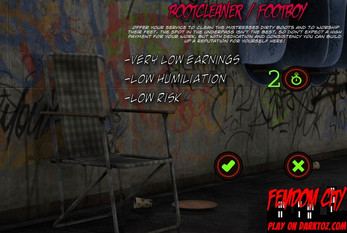